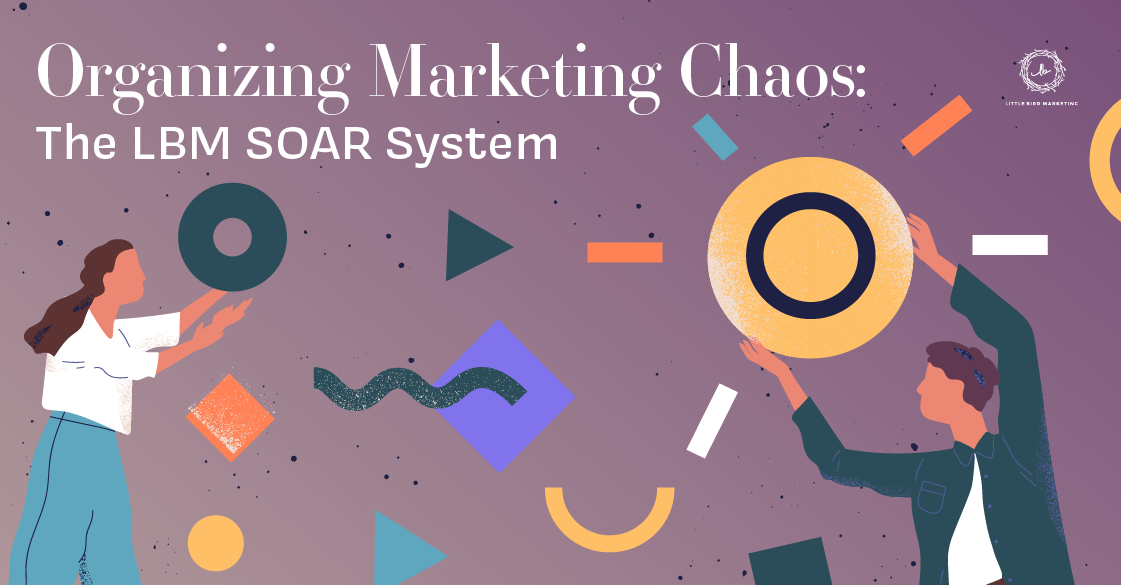 If Marketing Was a Christmas Movie 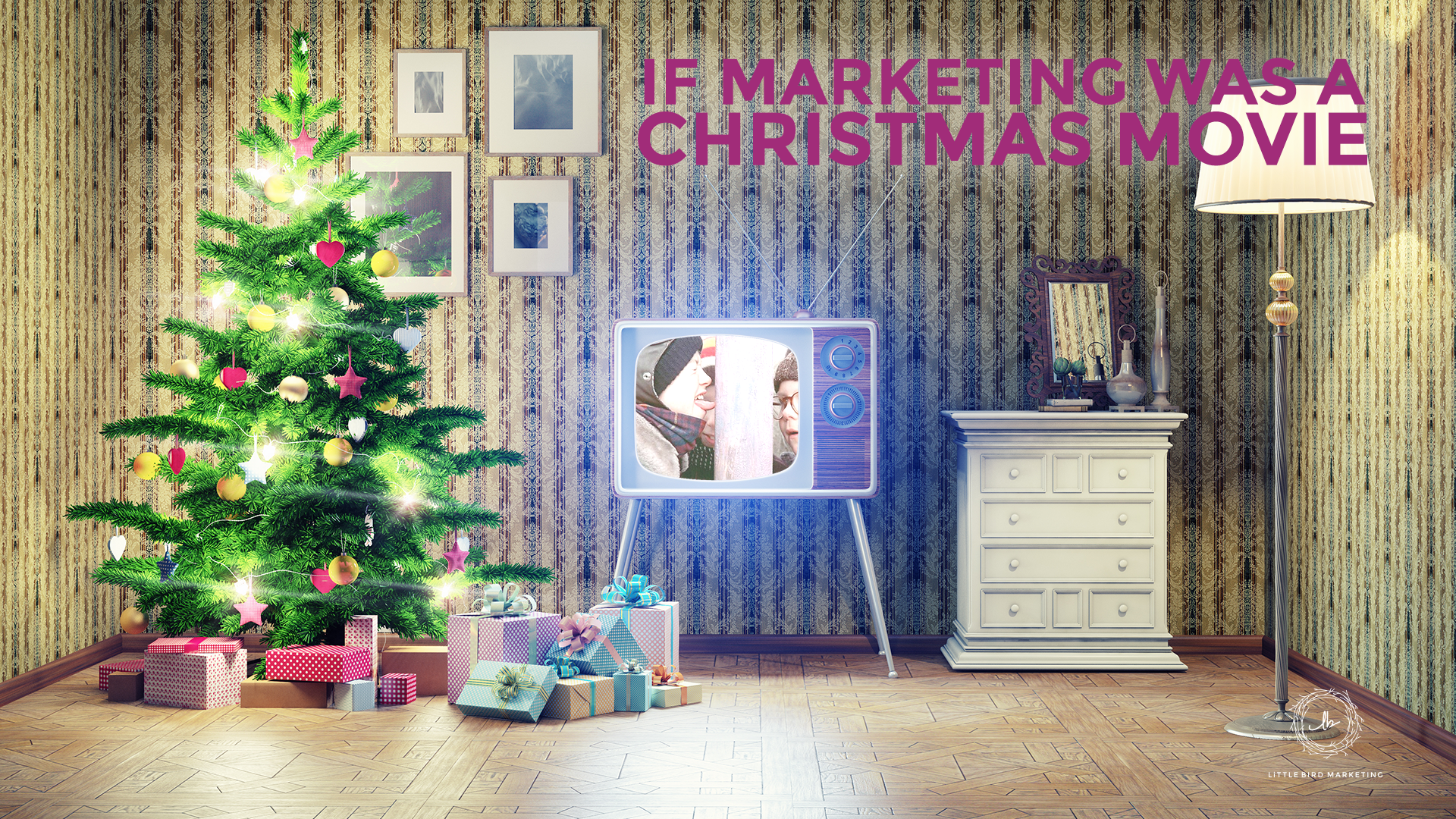 Christmas time is the season of giving. It’s a time for spreading joy and cheer, for taking a break from our busy schedules to gather with the ones we love and reflect on what is really important in life

Yes, Christmas time is the season of movies - from the Rankin-Bass stop-motion classics to the more modern holiday favorites. No matter what kind of holiday films have made their way into your traditions, chances are, around December 1st (or earlier) you start revisiting your favorite Christmas flicks.

The obvious lessons from these movies point to the spirit of the season, such as the gift of giving and goodwill toward man. However, we believe, as marketers, there are lessons that can be learned from these films - lessons that can we can pull from all year long. 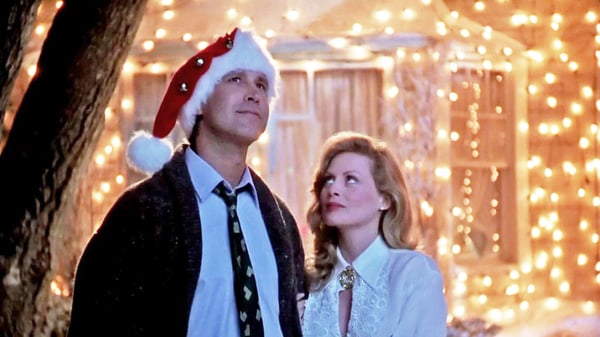 Christmas Vacation follows a determined Clark Griswold as he tries to put together a "fun old-fashioned family Christmas." However, his attempts are met by repeated setbacks that presumably ruin his holiday. Of the many unfortunate situations that he finds himself in, one in particular takes place at the very beginning of the film when the Griswold family takes to the road in their station wagon to pick out their family Christmas tree.

As the family is traveling down the road they encounter a hurried pair of rednecks in a large pickup truck that seem to get a kick out of closely following Griswold's bumper. In turn, Clark finds it necessary to return the favor by flipping them the bird as they finally pass by. Road rage ensues and after a poor driving maneuver, Clark finds himself driving underneath the trailer of a moving semi.

While this unlikely situation might seem like just another scene from this hilarious holiday film, we believe there is a lesson to be learned from it:

Don’t rush your marketing efforts to keep up with someone else.

While it might seem like you need to push your limits to keep pace with your competitors, the results will likely come with negative consequences. Create a plan, stick to the strategy, and execute it at your own pace - or you might find yourself staring at the marketing equivalent to the underside of a log truck. 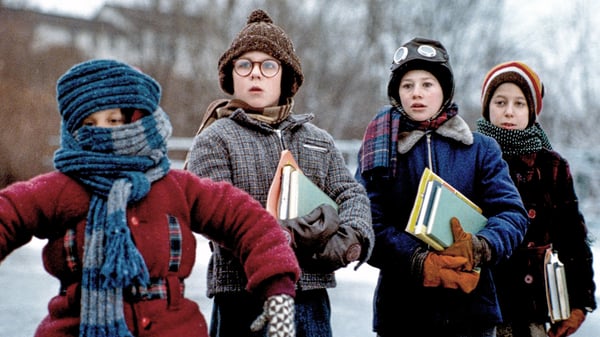 In this Christmas classic, we follow a young Ralphie Parker. From his home life to the final days at school before break, Ralphie finds himself in a variety of situations relatable to a 9-year-old around Christmas time. Out of all the misadventures of Ralphie and his friends, one of the most memorable takes place around the school flagpole.

Flick, one of Ralphies friends, has been dared by Schwartz, another friend, to touch his tongue to a frozen pole to see if it will stick. While Flick holds that Schwartz is “full of beans”, it’s clear that he is hesitant to test the theory. After Schwartz utters the coup de gras of all dares and “triple dog dares” Flick to lick the pole, he has no choice but to go through it. To no surprise, his tongue sticks.

So what insight can we pull from this nostalgic Christmas movie moment?

Don’t give in to the pressure of others.

You don’t have to be like everyone else. In fact, you shouldn’t be. As marketers, we get into the habit looking to trends to find the next big thing. And all too often, we forget our strategy in the process. That’s not to say you shouldn’t look to trends to help you refine your strategy, but make sure you’re making changes because they make sense and not because someone triple dog dares you. 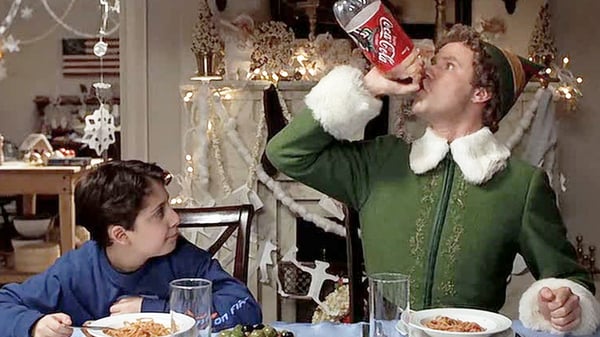 While it hasn’t been around quite as long as some of the other Christmas greats, Elf has made its way into the list of classics for many. Elf follows Buddy, a human that was raised as an elf in the North Pole. After discovering his true identity, he travels to New York City to find his father and learn to live like a normal person.

Prior to conforming to the human way of living, Buddy finds himself mistakenly enlisted as an employee of a toy shop. Here, he meets a woman who is afraid to share her talent of singing. In an attempt to boost her confidence, Buddy tries leading by example and begins singing at full volume for all the people in the store. They are not impressed and the manager firmly asks him to stop.

Even though rule #3 of the code of elves clearly states, “the best way to spread Christmas cheer is singing loud for all to hear,” we are reminded of rule #1 in content marketing:

Despite how good (or bad) your singing/content might be, if you’re not putting it in front of the right people, it doesn’t matter. Know who you are trying to reach, know what kinds of content they want, and give it to them at the appropriate time. If not, you run the risk of them tuning you out completely. 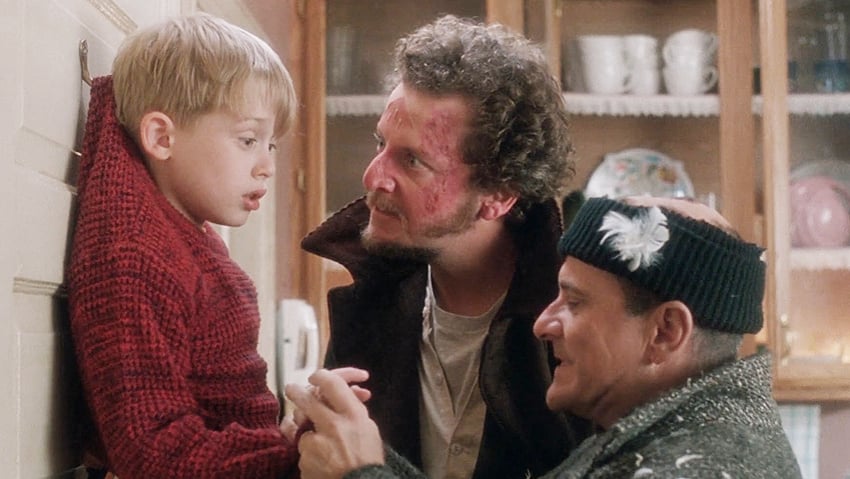 Home Alone is Christmas film that follows Kevin McAllister, a small boy with a large family that is traveling to Paris for Christmas. Kevin feels like he is not appreciated by his family and the night before they leave he wishes that they would disappear - bringing us to the most pivotal point in the movie.

Due to a power outage the during the night, the family wakes up in a scramble to get to the airport on time. During the commotion, Kevin is left behind and isn’t discovered by the family as missing until they are already on the plane. The family is repeatedly set back as they try to return home to Kevin and during this time, Kevin is left to fend off burglars in ways that only a clever 8-year-old boy could conceive.

So, what kind of marketing message can we pull from this story?

While the consequences aren’t as severe as being a small child responsible for preventing violent criminals from stealing all of your family’s belongings, forgetting the details from a marketing standpoint is still bad news. You spend a lot of time building a strategy, tailoring content to your audience, and selecting the perfect time for its release. Don’t screw it up by forgetting to add a CTA, not adding alt text to your images, or failing to properly promote it on social media.

Everyone has their favorite Christmas movies that they watch every year. That is of course unless you’re a total Scrooge, in which case we’ll let the various ghosts of Christmas scare the Christmas spirit back into you.

But for those who love the holiday season and the films that come with it, we hope that this list resonates with you and gives you a reason to think back to these fantastic Christmas classics while you wait for them to air again next year!

Effective marketing only comes when all parts of your strategy are working together to create a sustainable system of lead generation. Here at Little Bird we have perfected this system and put it all together in what we call the SOAR system.