Notes from the Nest

Let’s start by working under the assumption that you’re killing it. That’s safe, right? You’re the top of your field. Your business offers a service that’s well-thought-out, and solves customer’s needs in an innovative and compelling way. Or maybe you make a product that does exactly what it’s supposed to do, and you’re the only one making it. Yet, somehow, despite this unparalleled advantage you hold, nobody knows about you. This is an exposure problem, and we’re going to look at how to fix it.

So let’s dig in. Getting exposure for your business is not rocket science, but it is tricky, because the landscape changes at a rate that is not to be sniffed at. Need an example? Here you go!

Social media scientists scratched their heads at Instagram when it was rumored that Facebook was going to buy it. “How can you monetize it?” they asked. “This platform is more worthless than even Pinterest,” they chuckled. Then it became Facebook property, and aside from the integration efforts, everything was still relatively stable for a bit. “Here’s this app where I share photos of my dinner,” said the teens. "What a waste of time," said grandma. [breaking news: Instagram has created business profiles] “What?!” said the social media scientists as they ate their hats. “Here’s where I sell my wares,” said the boutique haberdasher as he sold thousands of hats to replace the ones eaten by the social media scientists. [breaking news: Instagram has video now, and the chronological feed is gone!] “Nooo!” cried the guy who appreciated the chronological feed. “Finally!” said the skaters and metaphysics geeks. Facebook, meanwhile, was shrugging like Zac Effron Chico Marx in the corner, and then Zuckerberg was busy telling some senator about how ad revenue works. 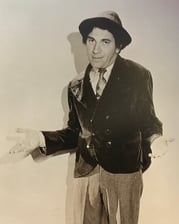 The above example is a somewhat dramatized, heavily condensed version of a few years in the life of one social media site, and it brings us to the first tip: Learn to adapt like Barbapapa. Facebook has an algorithm that dictates post engagement. So does LinkedIn. So does Instagram. They all do. But those algorithms change routinely. That’s how it all stays fresh, edgy, new and hard to use effectively. It’s helpful not to focus on the changes, but to identify the constants, so they will serve as anchors when you feel like you’re being unduly tossed around. Those constants include:

1. Knowing who your ideal customer is.

2. Providing helpful and entertaining content to that specific customer.

The ideal customer concept is not the focus here, but it is important, because it dictates everything from the content you should be creating to the networks you should be using. With that mindset established, even as the method of delivery changes through the years, the goal remains the same. That makes things easier. Also, when you:

3. Set up a schedule or a system that designates what you will be posting and when (based on data of best times to post on each platform).

4. Schedule time to research what’s actually happening with the various platforms, you can keep ahead of the curve and capitalize on the new developments instead of being caught unawares. Most of the time, the platforms will even tell you what they’re looking for in a well-performing post! Check these out:

So, with those constants we identified, the only thing that really changes is how you go about presenting your material. You probably do this already, anyway, without even thinking about it. Let’s consider that 20 years ago, you probably would use radio as a way to attract customers - and if you were proficient at that, you would have used a different style to reach the audience of a top 40 station than you would have used on a public classical station. The social networks require the same adaptability. Even though they’re less static (!) than the radio stations of old, the fundaments of providing a curated message to a specific audience remains the same.

Look at this graph.

These are the top performers of the different social media platforms. There are many other smaller niche networking sites. Hearken unto my words, though - one of these main ones isn’t the right network for you. At least one. Probably more than one. There’s no blanket statement that can be made to encapsulate this for everyone. You must research it on your own, and find the networks that work for you, then concentrate on those. You can find age demographics, income demographics, and a ton of other site-specific information for each network with a simple search. But don’t just concentrate on one of them. Why not? “How are the mighty fallen, and the weapons of war perished!" 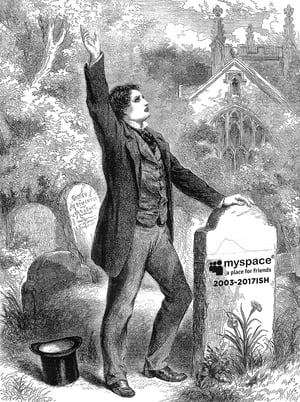 Tip 3: Treat social networking as a serious art. The number one mistake that a lot of businesses make is to treat promotion (social or otherwise) like it’s a hobby or an afterthought. They delegate it to the intern, or take a flying stab at it in a fifteen-minute window after lunch. Don’t do that. We have a podcast that discusses this issue in more depth. For social media to actually drive any business, it’s imperative to apply the same methodical, consistent, and well-thought-out mindset that you use when you’re dealing with any other part of your business.

Fourth and final tip: Put some money behind it. This kind of dovetails with the eggs and baskets from tip 2. Now, is it possible to have overwhelming success without paying for advertising? Yes. Of course. Look, in 2001, Nickelback’s “How You Remind Me,” reached #1 on the Billboard Top 100, and it stayed there for 4 weeks. ANYTHING IS POSSIBLE. And, if you can get the results you want without advertising, go for it. But adding paid posts to the mix is a perfectly fine way to round out your social media marketing. Paid posts account for something like 1.5 billion dollars in FB revenue in 2017. They work to boost exposure, and offer smart targeting that can narrow the results to focus on your ideal customer. Some people have a tendency to view paid advertising on social networks as either a non-legitimate expense, or as a sign of failure. Don’t look at it that way. In fact, statistics show that social media ads are proving to be quite effective and continue to trend upward:

Sometimes, that well-placed Instagram ad can make the difference between getting your brand exposure and being lost in a wash of dank existential memes.

Footnote: Speaking of those dank existential memes, let’s just circle back one more time to one of the finer points above (tip 1, section 2), on content. Just because a certain post type might be performing well for some people does not mean that you should just jump on any random bandwagon. Getting engagement is great, but social media marketing is not a popularity contest. Could you make videos of yourself playing with slime every day on your Instagram TV station? Yeah, you could. Would it get views and likes? Probably. Would it get you customers if your business is market research? No. It would make you look like a weird-beard. Focus your content on providing helpful information that is relevant to what you actually do.

Social media marketing isn’t as easy as we wish, but it also isn’t as mysterious as we fear. It’s part strategic, part alchemic, and requires a good oversight and vision. In addition to writing and blogging about this topic pretty regularly, we have also assembled a guide to help you in your quest. Check it out here (or below) and don’t forget to subscribe for a regular dose of helpful goods. 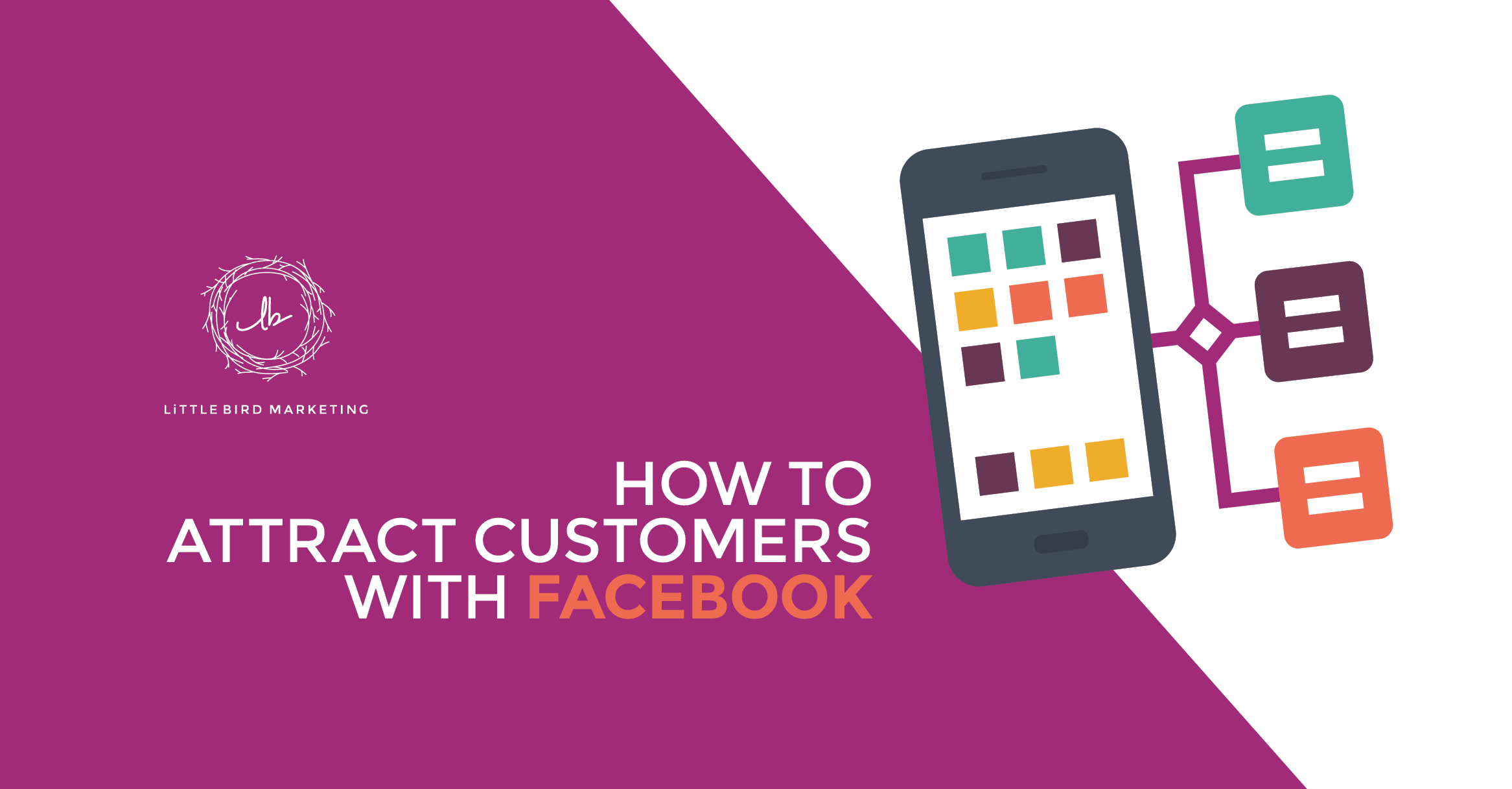 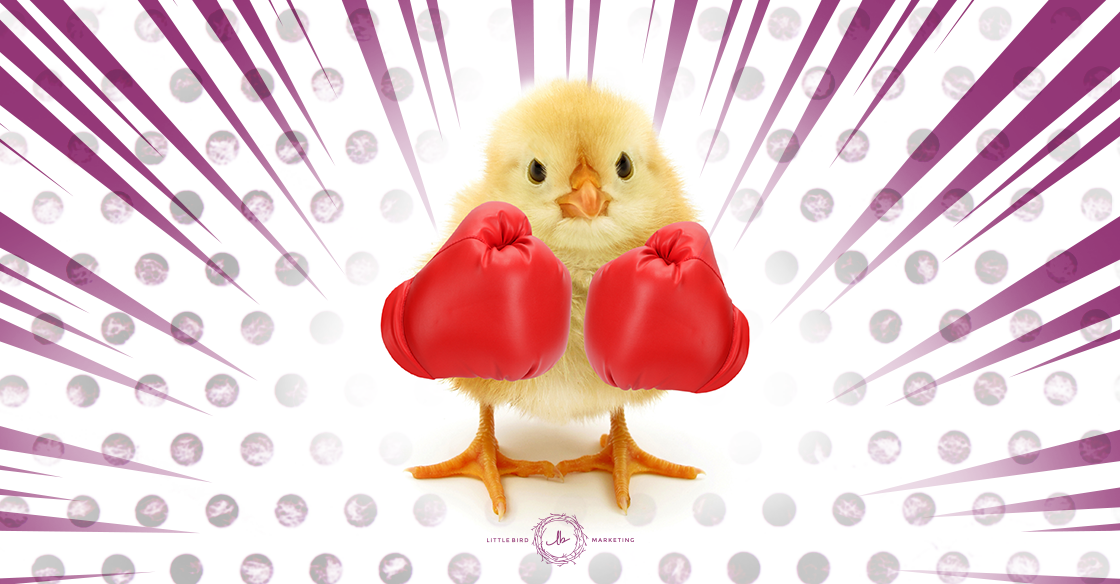 Put Your Dukes Up: Boosting Posts Vs. Running Ads on Facebook 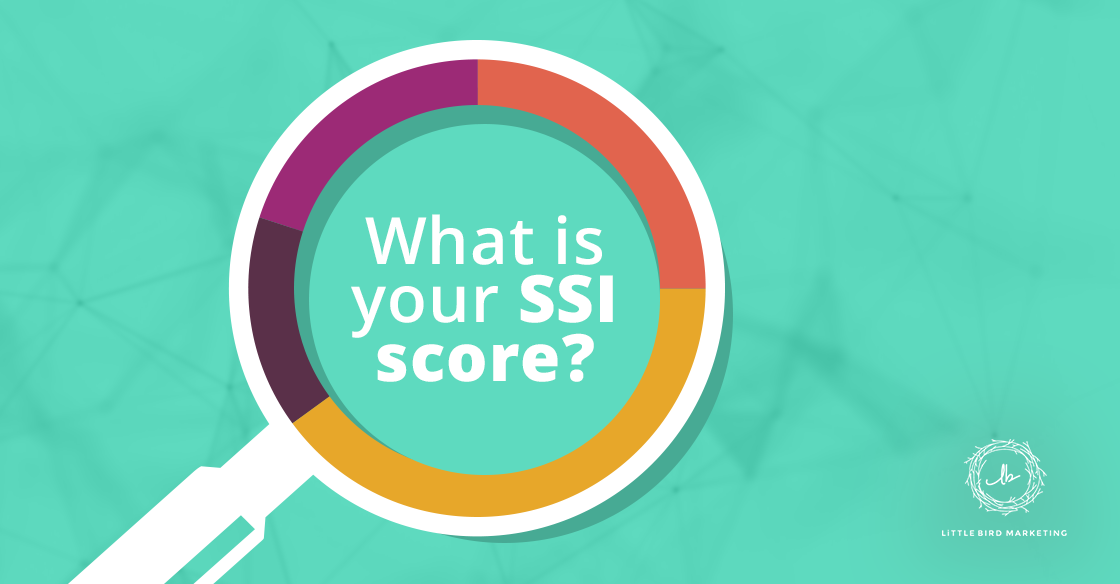 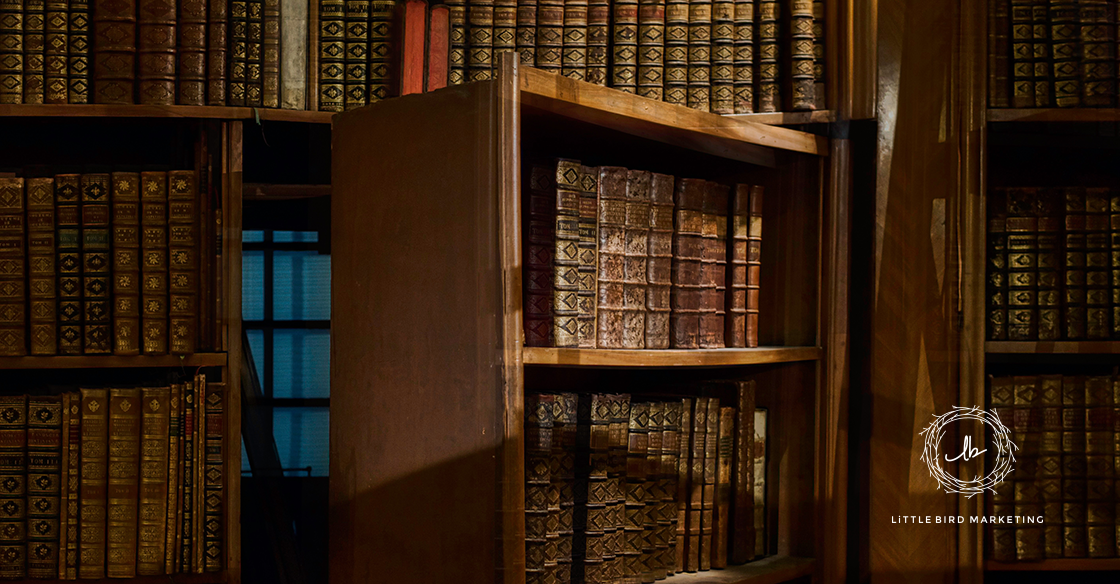